Back to the top

My film music is characterised by creative sounds and unconventional sound mixtures and compositions. Hand-made for every film project, it merges acoustic sound sources with audio processing and electronics, often working at the intersection with artistic sound design – by exaggerating, alienating and resampling tonal aspects of the original sound as well as musicalising foley recordings.

Alongside prepared strings and keys such as Zither, glockenspiel, piano, banjo and harmonium, my arsenal of instruments includes megaphones, drinking glasses, Birkhahn bird whistle and everyday objects equipped with a contact microphone. When possible, I work with renowned musicians – the allure of real people making music together in the same space at the same time cannot be artificially produced.

The focus of my work to date has been documentary films – I am interested in how artistically elaborate the music can be when set against images that show the facets of a reality. Again and again this means exploring the tension between the documentary’s authenticity on the one hand, and on the other, the possibilities of the music while always respecting the dignity of the protagonist.

The art of weaving 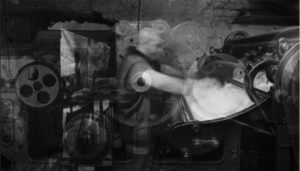 Donata Wenders has been tracing the long tradition of fine cloth production in Monschau and the surrounding area. In form of a photographic short film installation, she shows cloth making in the course of time and asks the question: How do we preserve a tradition in which man has changed from the former main actor to an observer accompanying the process? 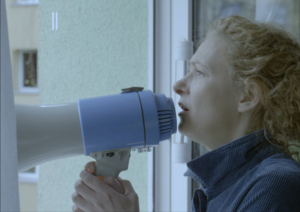 Social decline looks very differently throughout Europe: in its existential threat, in the personal sentiment or the socio-political suspension. The documentary project examines how the relation between identity and work has been developing throughout three women generations in working-class families in Germany and Poland: Which correlation is there between the experience of social decline and political bearings, expectations as well as wishes? Does imminent or increasing poverty foster segregating behaviour towards others and does it even amplify the tendency to let racism become a legitimate instrument within politics again? What does a change of perspective from and on two different countries reveal? Is mutual solidarity possible? 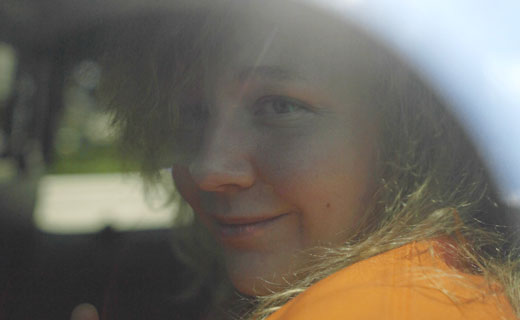 This film tells the story of a young whistleblower who disclosed a classified document about Russian election interference and became the number one leak target of the Trump administration. Reality Winner has been in prison since her arrest on June 3, 2017.

Enemies Of The State 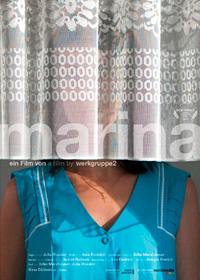 From Journalist to Hostage

Director Sonia Kennebeck said they invested a great deal of time in the music and sound design/sound mix, which pays off in a score filled with dread.

“Insa [Rudolph, the composer] records all natural sounds, so nothing comes out of a computer; and we developed a complete sound concept for the film, working very closely with our sound designer and sound mixer. For example, Insa included real sound recordings of drones, and even the Afghanistan National Anthem into her score, and there are also some recurring themes, like the ventilator sound. She builds her own instruments, which is why her film music is unique.”

Rudolph added, “My fascination with sounds and noises is often the starting point in a creative process. I generate them with unconventional use of instruments, or I borrow sounds from daily life and re-imagine them musically. Given the film’s subject, it was clear that use of music needed to be handled delicately but precisely. I wanted to find sounds that reach out to the audience in a subtle manner, and are not only audible but also physically perceptible without telling the audience what to expect or feel. I hope the ‘soundsphere’ opens the viewer up to new levels of association.” I asked her about instrumentation, to which she responded, “The most common instruments are strings and piano, both ‘prepared’ or manipulated with materials like kitchen foil or soft rubber gum. I also use a zither and banjo played with an electric bow. Under most of the drone pictures, you hear the innards of a toy piano, and metal rods attached to a resonator played with one single hair of a violin bow. And I must not forget various tools from one of my favorite sound playgrounds—the kitchen.”

Suffocated in the Truck – The End of a Flight

After the Golden Rain

Sex made in Germany

All we left behind

Hold, hold on to you